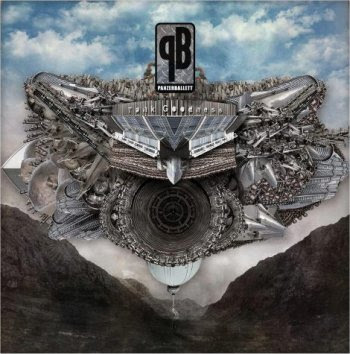 Rumour has it that metal-jazz band Panzerballett will be releasing a DVD of their recent Munich show.
Reason enough to bring their United Mutations entry up-to-date.

Exactly one year ago, Panzerballett released "Tank Goodness", their fifth album. Some might even call it their sixth release, counting the 2006 "Live At Backstage Munich" DVD. (if you happen to have / or know someone who has a copy for saly, let me know!).
Anyway, "Tank Goodness" is another fine release of the German quintet. Impressive original compositions, combined with amazing covers of familiar tunes. The album opens with 'Some Skunk Funk', the famous Breckers Brothers track, on which Randy Brecker is featured on trumpet, and it ends with Paul Desmond's 'Take Five'.
Now that I think of it, heavy metal be-bop would indeed be nice way to describe the music of Panzerballett.

Along the bumpy and multi-rhythmic ride, Mattias IA Eklund hosts on 'The Ikea Trauma', another breath-taking piece.

As Mattias IA Eklundh says in the liner notes: "I strongly believe Panerballett is good for the mental health of the planet. Respect and support these astounding, passionate young men. They deserve it. Oh boy, they do."

Email ThisBlogThis!Share to TwitterShare to FacebookShare to Pinterest
Labels: panzerballett