At Zappanale, a number of concerts get recorded and released on DVDR in a very limited quantity. They're only available at and during the festival. As there are only 20 copies made, they normally sell out very quickly.

The second concert on the main stage was by German band Dangerous Kitchen.
Here's a picture of the DVDR.
It got added to the United Mutations Archives earlier today. 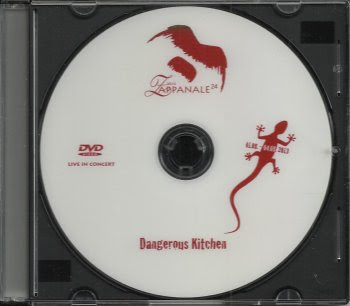