Last year, Greg Russo released the fabulous "Paul Buff Presents" series. A digital release (download or memory stick) of Paul Buff's earlierst recordings, taken from Paul Buff's archives.
You should know that Paul Buff recorded with Frank Zappa, with Ronnie Williams and with Dave Aerni in the early sixties, so there's plenty of familiar names and numerous rare recordings to be found.
This was the most important release of 2011.

More recently, Greg released a 5 CD box with highlights from Paul Buff's archives.
5 CD's and a very informative booklet with info on the bands, plus all the available info of each recording. 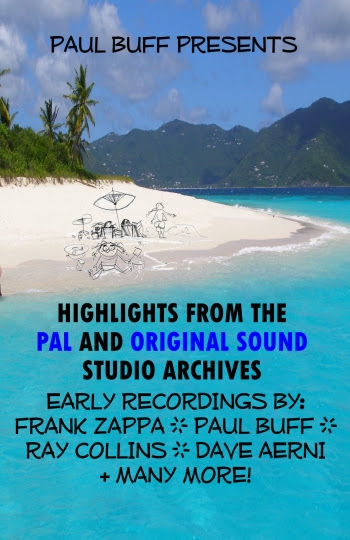 'Memories Of El Monte' by The Penguins, written by Frank Zappa.