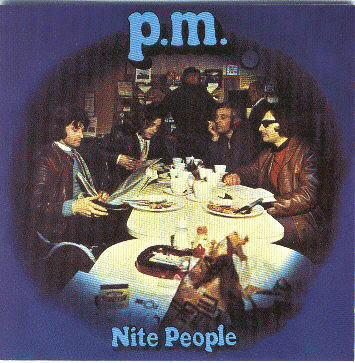 Nite People's "P.M." album gets a re-release on Sommor Records.
Originally released in 1970, and re-released on CD, the album gets a 180 g vinyl release.