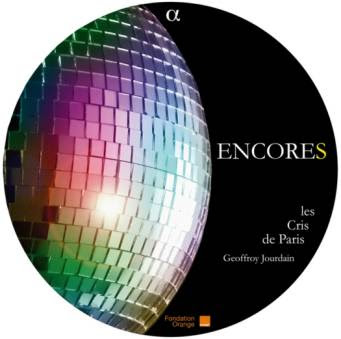 French a capella choir Les Cris De Paris is noted for its commitement to new works. The choir also has been in the habit of ending its concerts with an encore that, in principle, has nothing to do with the world of classical music. The choir has thus built up a unique and multifaceted repertoire.
This original intitiative has resulted into "Encores", and included a the choir's rendition of Frank Zappa's 'Peaches En Regalia'.