Z - BASED ON A TRUE STORY 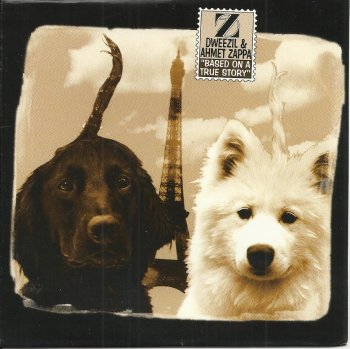 With both of Frank's sons in the picture lately, I thought I'd clean up the United Mutations Archives a bit.
Z, as Dweezil and Ahmet's band was called, released two album (in various version), one single and two promotional singles.
"Based On A True Story" is the only single that the band released.
In France.
Next to Dweezil and Ahmet, it featured Mike Keneally, Joe Travers and Bryan Beller.
Two tracks: 'Based On A True Story' from "Music For Pets" and 'In My Mind', the track that replaced 'What Went Wrong In The Real World' on the American version of "Shampoo Horn".