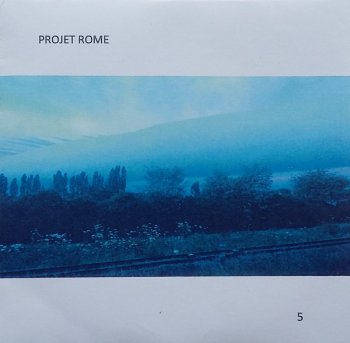 More recently, Nicolas (guitar, vocals, keyboard, percussion) teamed up with Pierre-Olivier Morin (guitar, bass, keyboards, percussion). The result can be heard on "5", a 15-minute EP that one can check out on Soundcloud but that also has been offered for sale on CDR at concerts.

As you might expect, "5" presents 5 tracks : four French pop / rock songs and one Frank Zappa tune. All of the original material was written by Nicolas Débard. It sounds pretty good. Check out 'Trop Con !'.
This is the reason why I check out bands that record the music of FZ. This is a nice discovery.

Track 5 is Frank Zappa's 'Why Don'tcha Do Me Right?", a song that got released on 7" in 1967 but that found its way onto the CD-(re-)release of "Absolutely Free".
It's the odd one out on this little disc, but Projet Rome does a fine job.