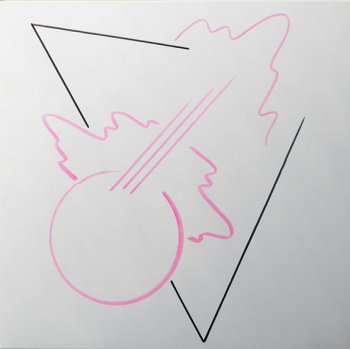 I bought this album at the Jooklo Zappa concert a couple of weeks ago.
Sinergia Elettronica features the Jooklo duo plus the Metabolismus collective.
Experimental music at its best.

Out on the Troglosound record label
Only 162 copies, each album cover hand drawn
On purple vinyl.
And most important : fascinating music.
These won't last long.

Sinergia Elettronica has released some tapes previous to this album but this is their first vinyl release.

Here's a fragment from one of their previous releases :