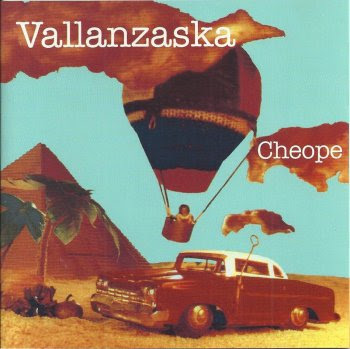 Italian ska band Vallanzaska started out as a coverband, playing tunes by Madness and The Specials.
A couple of years later, the band switched to original tunes and they released their first album in 1993.
However, their third release, "Cheope", did include one coverversion: Frank Zappa's 'We Are Not Alone'.
Very nice.
Another fine addition to The Others Of Invention.

Here's Vallanzaska with 'Si Si Si No No No'.