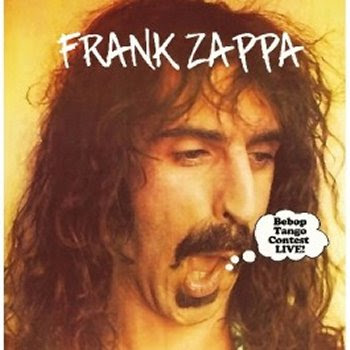 This recent Keyhole release is another one of those 'radio show' albums. As it was a radio broadcast, the radio station owns the rights of the recording. In se, this means that such a recording can be released without the permission of the artist.
"Bebop Tango Live" presents the so-called "Un-concert", a collection of 1973 recordings that Frank Zappa put together and gave to a radio station to be broadcast on New Year's Eve.

True, this album isn't a Zappa Family Trust approved release and I doubt that Keyhole has the rights to release this, but the recording itself is astounding.