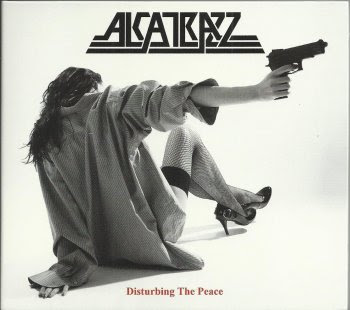 One of Steve Vai's earliest stunts after his stay at the Zappa University was recording and touring with Alcatrazz, replacing Yngwie Something, who had left the band.
I liked it at the time.
Thought it was fun.
Still do.
Hardrock goes Prog.

A little while ago, the original 1985 got re-released as part of a 2CD set. The second disc presented a recording of the 1984 Shinjuku Koseinenkin-Kaikan Hall concert (= 1984/10/10 Tokyo).
The source for this live disc can be found in the Japan-only "Power Live" VHS-video from 1985. Probably released on DVD in Japan as well, but most definitely released as an audio live album in Japan.