After an entertaining (and tasty) evening at Steffen’s, first row seats during the night’s snoring contest and a fine breakfast (Thanks again, Steffen !!), we took off to Mad Doberman / Bad Doberan / Zappatown.
Taking two passengers along made the time fly by. We arrived around noon. Perfect.

My notes told me that I should try to check out the expo on Thursday so I implied.

The biggest part was taken up by “The Singles”, showing an enormous amount of 7”s that the Mothers and Zappa had released throughout their career. They were nicely displayed, with a bunch of information, and even including singles that Zappa had contributed to. Very impressive.
The most amazing lot was to be found at the end of the singles section: two extremely rare and early Japanese singles. I had only seen pictures of these before. Beautiful. 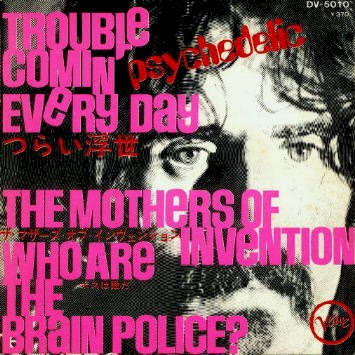 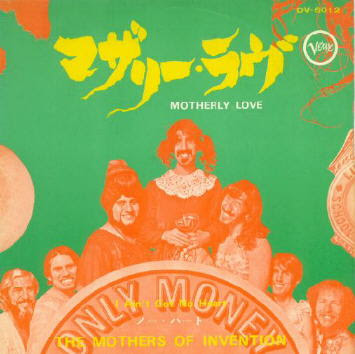 Next to the singles section, the expo showed paintings and sculptures by Helmut King. On the other side of the hall, one could find paintings and assemblages by Aagot.no Rokne.
Nice. Very nice. 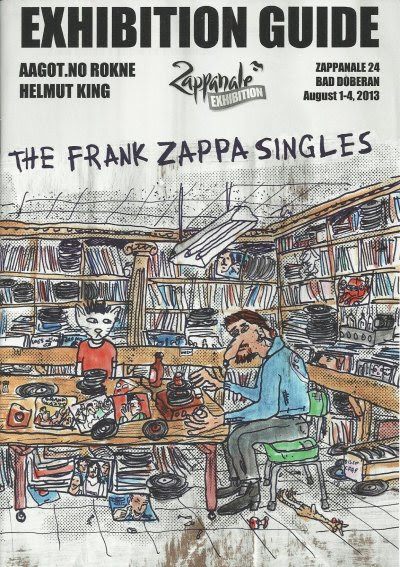 The 60-page exhibition guide lists all of the singles that were displayed, as well as artwork by Aagot.no Rokne and Helmut King.
Cover art by Calvin Schenkel.

Congrats to Robert Riedt and Dieter Jakob (and all of the other contributors) are in place. The funniest thing to see was demonstrated by the both of them: a little record player truck.
Here’s a little movie that Bazbo made: