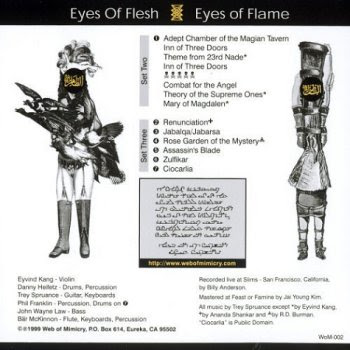 "Eyes Of Flesh, Eyes Of Flame" is SC3's first live album. It was the second release on the Web Of Mimicry label and originally made available as a limited mail-order-only release.
Fortunately, it is back in print.

The mand behind the band (and behind the record label) is called Trey Spruance. He used to play the guitar in Mr.Bungle. With Secret Chiefs 3, Trey Spruance mixes of experimental rock, eastern rhythms and melodies and film music into something you've never heard before.

Recorded in concert somewhere in 1998, "Eyes Of Flesh, Eyes Of Flame" shows how the music sounds live. Incredible. 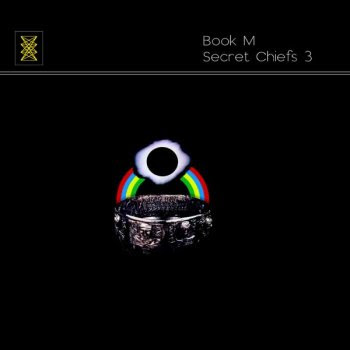 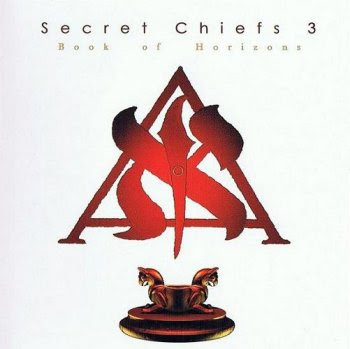 And if I can't convince you, read this:

Lesson learned : If Philippe tells you to check something out, you don't hesitate.