The same night will also feature a concert by Joe Travers & Friends !!

JOE TRAVERS has been involved with the Zappa Family Trust for 20 years. He was the drummer for Dweezil & Ahmet Zappa's group "Z", then fell into the job of "Vaultmeister" to archive and preserve the contents of Frank Zappa's extensive vault. Throughout this time Joe has been involved in a number of live performing groups (Duran Duran, Lisa Loeb, Mike Keneally & currently Zappa Plays Zappa) and studio projects in and around Los Angeles. Joe's latest musical adventures involve his recent assemblage of close friends and musicians that all have one thing in common: a love of music and performing together. These musicians include (but are not limited to) Scheila Gonzalez, Kurt Morgan & Ben Thomas(Zappa Plays Zappa), Rick Musallam (Cirque Du Soleil, Mike Keneally), James Santiago (Independent Artist), and Rico Belled (The Rippingtons). For Wesfest 2013, Joe and his group will be joined by special guest vocalist Holland Greco(Solo Artist/The Stripminers) for an inspired performance of Chaka Khan's "A Night In Tunisia - The Melody Lingers On" and will world premiere a composition written by Rick Musallam and Wes Wehmiller, sung by Ben Thomas. 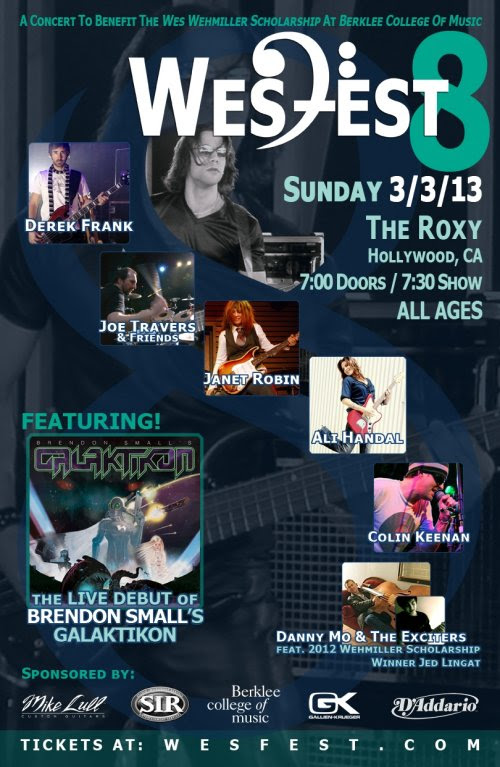