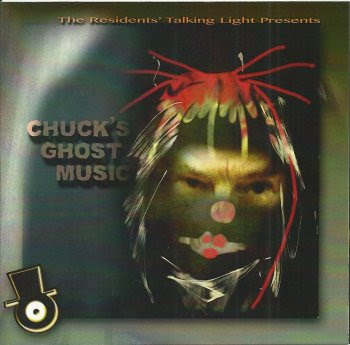 "Chuck's Ghost Music" is the slightly altered soundtrack of the "Randy's Ghost Stories" DVD. It was made availabe for download in 2011.


Actually, you had to buy a laminated "Pass" that was sold during The Residents' North American 'Talking Light' tour in 2011. This pass contained a code, and with the code you could download this soundtrack.
If I'm not mistaken, the album was made available throuh The Residents download shop as well.
More recently, the album got released as a cdr-on-demand album.
Did I tell you that it includes 8 weird tracks?

In the meantime, everybody's getting ready for the next Residents Tour.
European show dates keep popping up.
Here's Amsterdam:
http://www.belmontbookings.nl/the-residents-wonder-of-weird-at-muziekgebouw-amsterdam-may-20th/