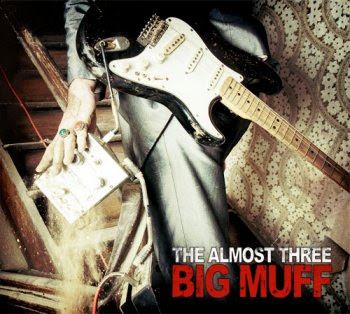 "Big Muff", the latest album by The Almost Three is a genuine guitar-oriented rock album that presents a mix of studio tracks and live recordings. "Big Muff" isn't just for guitar freaks, it's a fine blues rock album. (I didn't know this, but a big muff is some sort of guitar effect.)

Most of the compositions are originals, written by guitar player Martin Ettrich. The three exceptions being written by Don Nix, Billy Cobham, and, yes, Frank Zappa.

FZ's 'Sleep Dirt' gets a bluesy treatment.
Nice. It's one of the better tracks on the album.