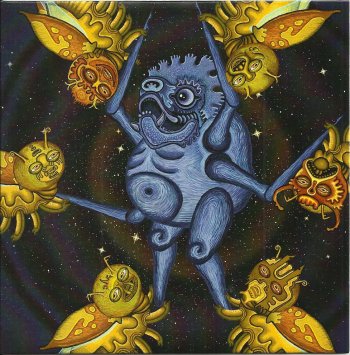 The German Psychofon Records label has released the latest Ostrich Von Nipple album.
It's a 2-track 10" vinyl album and it includes a CD (with the same tracks) and a button as a bonus.
The above picture is the cover of the CD.
I'll be adding a picture of the 10" tomorrow.

This is superb. Out of this world. Artwork by Poxodd.
For those unfamiliar with Ostrich Von Nipple, here's a sample of one of his previous albums :


Influenced by The Residents, and featuring Nolan Cook (of Residents fame) !!