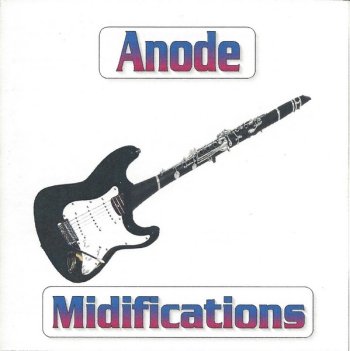 In 2007, Anode released "Midifications".
In Robert Carlberg's words : "A collection of MIDI files, downloaded off the internet, messed around with and assigned to new instrument combinations. Basically."

The CDR included 14 tracks, one of which was a fine reworked version of Frank Zappa's 'Peaches En Regalia".
Originally released on CDR, this track can also be found on Soundcloud.