PHILIPPE ANSARI - WORLDS BEYOND CAUSE 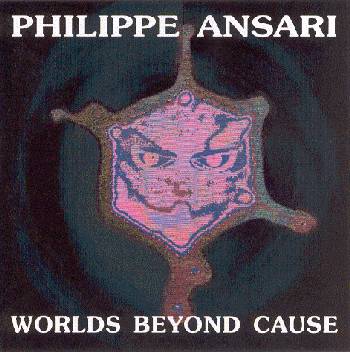 Philippe Ansari released his first two albums in 1997: "Worlds Beyond Cause" and "Anomalies" both came out on the Cydonia Records label.

Seven or eight years later, Philippe was back with a new project: Phi Yaan-Zek. And as Phi Yaan-Zek he has released two more albums. "Solar Flare" in 2005, and "Dance With The Anima" in 2010.

"Worlds Beyond Cause" is a great introduction to the music of Philippe Ansari. If you're into instrumental, guitar orientated music with odd meters and angular rhytmic patterns, this just might be your thing.

It's hard to describe why I love the music of Frank Zappa, Mr.Bungle, Buckethead or The Residents. But these are the very same reasons that make me enjoy "Worlds Beyond Cause".