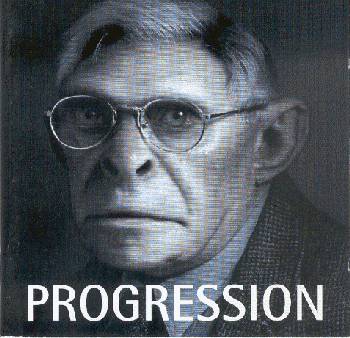 Adding bits & pieces to the United Mutations Archives, here's picture and data for Peter Wolf's "Progression" album. Released in 1999, the piece was commissioned by the Brucknerhaus in Linz.
Music by Peter Wolf, lyrics by Michelle Wolf
Performed by the Bruckner Orchestra, conducted by Peter Wolf, and a cast of guests including Vinnie Colaiuta (but also Cliff Richard, Coolio, and Steve Lukather, to name a few).