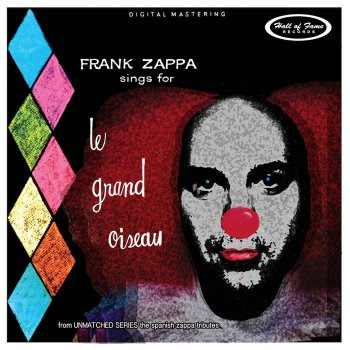 Luis did it again !
Hall Of Fame records released another fine volume of his "Unmatched" series, featuring various artists performing the music of Frank Zappa.

Le Grand Oiseau is the third volume of the Unmatched Zappa Bands series, celebrating the XX anniversary of the Unmatched series. It follows the tracklist of The Grand Wazoo album (1972) and includes two never-before-released versions of For Calvin (And His Next Two Hitch-Hikers) and Cletus Awreetus-Awrightus, exclusively performed for this release by Spanner Jazz Punks and The Muffin Men.