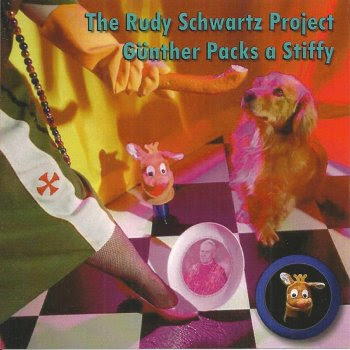 Next in the series of re-releases is "Günther Packs A Stiffy" by The Rudy Schwartz Project.
The album was originally released on CD in 1995 on the Seeland record label. It got re-issued as a dowload-only album (remastered and with a slightly altered tracklist) in 2013.
Last week, it was made available again on CD. Actually, as a CDR-on-demand album by Kunaki.
Again, the tracklist has been changed but it's great to have this album in a remastered version on an actual CD.
Besides some instant classics ('Russian Roulette With A Condom' or 'Yodelin' Satan') and some excellent coverversions (Zoogz Rift's 'Would You FIB the FBI?') the album also includes a fine tribute to the late Frank Zappa (aptly called 'Frank').