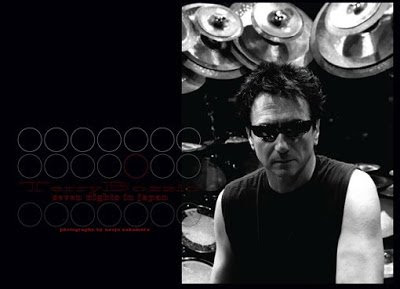 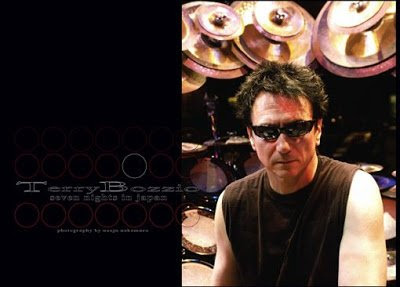 the book
October 2007, Terry Bozzio did 7 solo drum concerts in Japan. The result was collected on 14 CDs (= the seven shows) and 3 DVDs (= the three Tokyo concerts) and was released in a 160 plus page book.
Hardcover, bound, in a slipcase.
Released in Japan in a limited edition of 1000 copies.

This one had been on my wishlist for quite a couple of years, so I was rather excited that I recently found a copy.
Beautiful.
The concert series includes various versions of Terry's tribute to Frank Zappa, called 'Frank'.
Data has been entered into the United Mutations Archives.