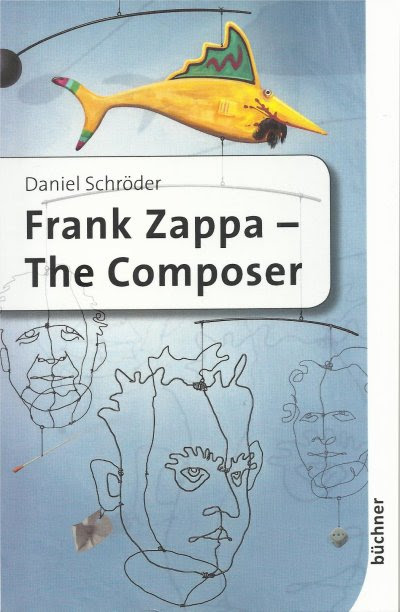 Daniel Schröder is a German musicologist and musician who studied in Marburg (Germany) and in Amsterdam (The Netherlands).
In 2012, the Büchner publishing house released a book that Daniel Schröder wrote about Frank Zappa:  "Der Komponist Frank Zappa - Über die Aktualität der Neuen Musik".
(Composer Frank Zappa - About the actuality of New Music)

I am very glad to say that this book recently got an English translation.
In this 120-plus-page book, Daniel takes a look at how Frank Zappa's musical output fits in the contemporary classical music scene, or in the New Music scene as one might call it.

Daniel compares Zappa's own statements regarding the composers that influenced him with the actual expressions (or proof) that can be found in his work.
To make things more interesting, he also takes a look at the composers that Zappa said he didn't like.
And in addition to this, Daniel tries to find interfaces with other 20th century contemporary composers, asking the question: 'Should Frank Zappa be considered a contemporary composer?".

"Frank Zappa - The Composer" is an intriguing book. It's aimed at an audience that wants to learn more about Frank Zappa's music and it is written in a way that you don't need a degree in music to understand what it's about.