ZAPPATIKA AND FRIENDS - THE PONY SUITE 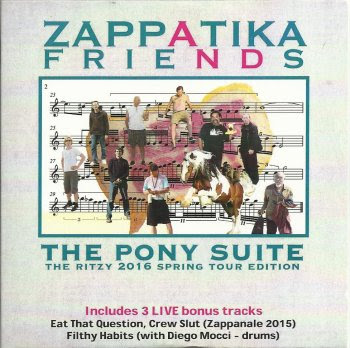 After their Zappanale concert (July 2015), Zappatika decided to tour The Netherlands and The UK.
In support of this tour, the band produced this CD. The mini-album presented 'The Pony Suite', which had only been available as a download, plus two tracks from the Zappanale concert, plus one rehearsal outtake.