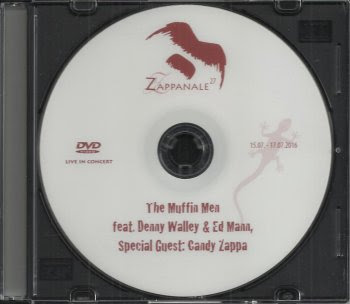 Who would have thought that, 25 years after starting a band to perform the music of Frank Zappa, those lads from Liverpool would have shared the stage with Jimmy Carl Black, Don Preston, Bunk Gardner, Ike Willis, Napoleon Murphy Brock, Mike Keneally, Ray White, Robert Martin and Denny Walley.

The Muffin Men performed at the first day of the Zappanale Festival, July 15 and added Ed Mann to the list.

setlist
I loved it.
The concert got recorded and was made available in a very limited edition during the festival.