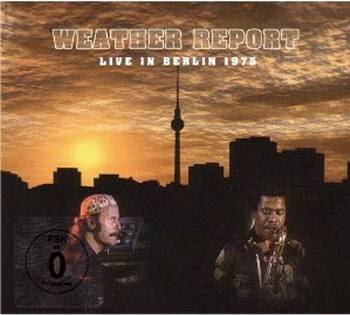 Thirty-six years ago, Weather Report played at the Berliner Jazztage.

Celebrating the 40th anniversary of the founding of Weather Report, the Zawinul estate are releasing this recording as a combined CD / DVD.

It features drummer Chester Thompson who joined Weather Report after having played with Zappa's Mothers for about a year and a half.