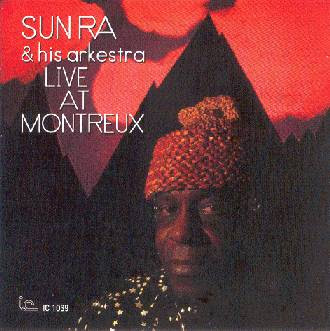 "Live At Montreux" got recorded during the Arkestra's 4th Europeon tour, live at the Montreux Jazz Festival in Switzerland on 1976/07/09.
The concert got taped and broadcast by Swiss television in the same year.

Also in 1976, Sun Ra released a 2LP set with recordings from this concert on his Saturn label. In 1978, Inner City Records re-released the album, and last year, the same Inner City Records label issued "Live At Montreux" on a 2CD set.

Free Jazz fans will probably have this album high up in their charts. It's a superb recording and has the familiar Sun Ra mixture of straight jazz tunes and free improvisions.