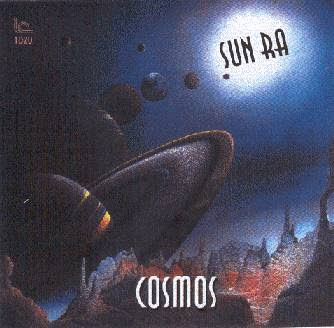 Originally released in 1978 (or was it 1976?), Sun Ra's "Cosmos" got released on CD in France on the Spalax Music label in 1999. A couple of years after that, it was made available on CD in Japan on the P-Vine lable. And last year, finally, it got re-released in the usa.

"Cosmos" is a Sun Ra classic. If you want to check out Sun Ra and his Arkestra, "Cosmos" is the path you want to take.
Swinging tunes with hard bop soloing. I love it.