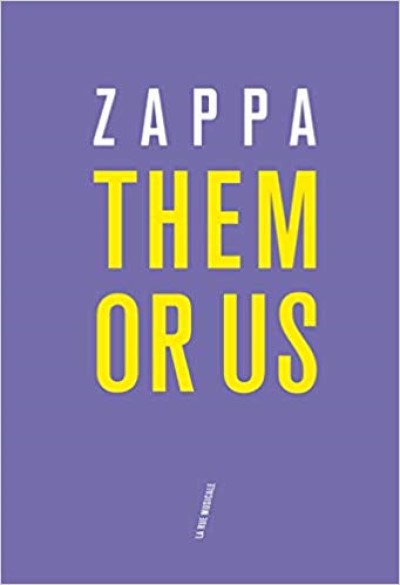 I'm not really counting, but my bookshelf tells me that at least 150 books have been released (in various languages) on the subject of Frank Zappa. A bit overwhelming now that I think of it...
Only a handful of these had FZ's cooperation or were actually written, co-written or approved by Frank Zappa.
There's "The Real Frank Zappa Book", "The Zappa Songbook", and, of course, "Them Or Us", a mix of various older screenplays like Hunchentoot, Billy The Mountain and Thing-Fish.

On the occasion of the Zappa Weekend in Paris, the latter title has been translated in French.
It's a beautiful book. Hardcover, bound and 520 pages.