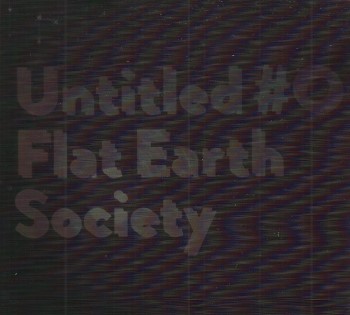 Last week, Flat Earth Society presented their latest album, "Untitled #0", performing concerts in Ghent and in Antwerp.
I attended their Antwerp show at 'De Singel' and went home quite happy after enjoying a fine concert (and with the new album in my pocket).

"Untitled #0" is what you expect from a band like FES. Two discs: one labeled "1", the other one "A"; and compositions with titles like 'Graveyard Scuba', 'Chrimatistikology' and 'Swatter Perspective'.
Most of the pieces were written by band leader and bass clarinet player Peter Vermeersch. Three pieces are by piano and keyboard player Peter Vandenberghe. And then there's the reworked / rearranged version of Gershin's 'Summertime'.

After Flat Earth Society's "Terms Of Embarrassment" / Zappa tribute album and the Boggamasta adventure, "Untitled #0" has them move back to the more jazzy corner. Quirky and funny. Plus some great solos (Peter Delannoye on the trombone !! Wow !!)