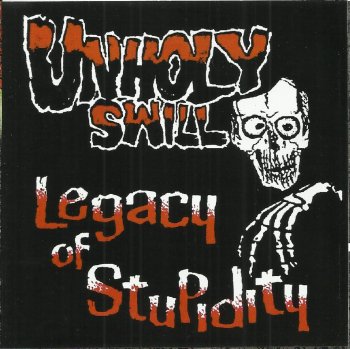 According to Discogs, Jim Gibson started the Noiseville record label in 1998 to release music for his band Unholy Swill. After two albums and a bunch of singles, the punk rock band (or should I say drunk rock band?) did a final concert at Rockin Rex in Yonkers, NY. Must have been around 1993.
Next to the band's early singles and some other rare stuff, this "Legacy Of Stupidity" album includes a couple of songs from their final concert. One of these songs is Frank Zappa's 'Willie The Pimp'.