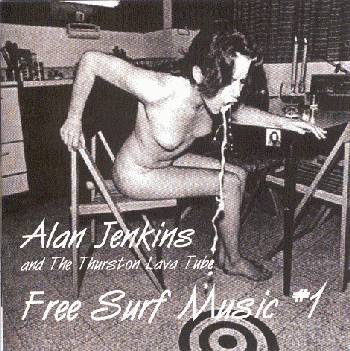 Alan Jenkins' Cordelia Records label celebrates its 50th release with the CD reissue of two LPs and one 7"EP. All on one silver disc.

The album got announced a little while ago, and now it's finally there!

And a beauty it is.
Behind the eye-catching cover (of the Free Surf Music #1 album), the Zappa afficionado finds, among other fine stuff, an outer space surf version of Uncle Frank's 'Lumpy Gravy'-theme.