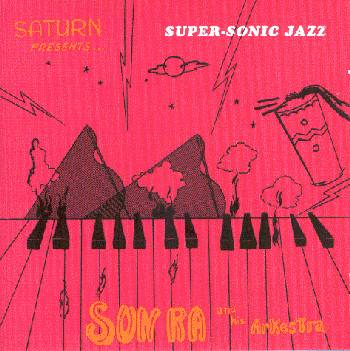 Recorded in 1956 and released in 1957, "Super-Sonic Jazz" is Sun Ra's second album.
When the Evidence label re-released this LP on CD in 1991, it made a lot of jazz fans very happy. "Super-Sonic Jazz" had been unavailable for a long time, and as it's one of Sun Ra's first albums, it shows what Sun Ra was up to before he became a cult figure in the free jazz scene.

The music on "Super-Sonic Jazz" is something that you really need to hear. There's a lot of variety on this recording: large ensemble swing, fine improvisations, Sun Ra on electric piano, and some great tunes.
You'll love it. Well, I do.

As a sample, here's 'India', the opening track of the album.