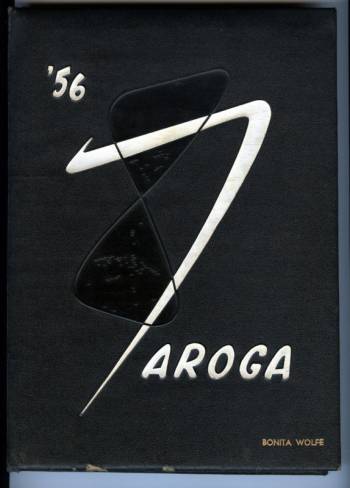 Recently offered for sale at ebay: a 1956 high school yearbook that included pictures of Frank Zappa.

from the ebay seller

"Frank appears in TWO great early photos!! The first shows him in the Orchestra sitting at the drums (his name is clearly labelled). The second is as a member of the Beachcomber (probably school newspaper) staff, again where he is clear and his name is in the caption. For both of these photos we have printed his name over his photo (this does NOT appear on the photos in the book.) "

"Also included are the Commencement Program and Vesper Service Graduation Program (although, since this was early in Frank's schooling, he is not in either of these pieces.)

If you want, what are probably the earliest "published" photos of Frank Zappa, this yearbook is IT. He changed schools for the 56-57 and 57-58 school years to Antelope Valley and ultimately was given a diploma from Antelope Valley, which is where he met Don Vliet and moved on to the Blackouts etc. " 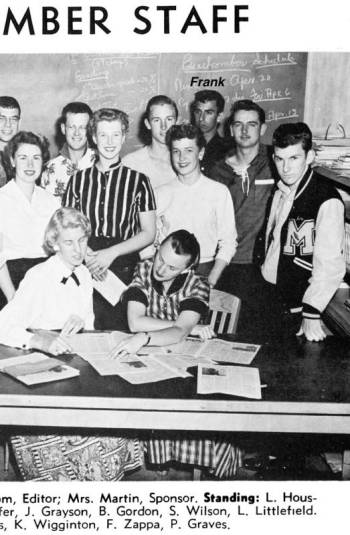 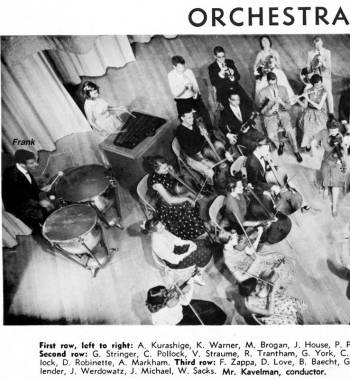