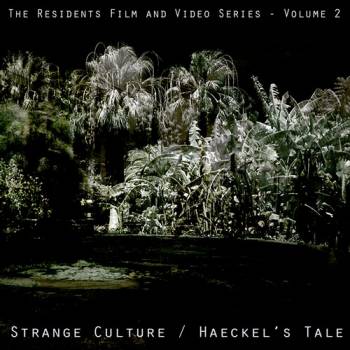 If you're into an eerie, creepy soundtrack, this is it. Available from the Residents' website as a download only album.

Lynn Hershman Leeson's Strange Culture is a documentary feature film based on the arrest of Steve Kurtz, an Associate Professor of Art at the State University of Buffalo and a founding member of the internationally acclaimed Critical Art Ensemble, and Robert Ferrel, a geneticist at the University of Pittsburgh School of Public Health. (www.criticalart.org). On May 11, 2004 Steve Kurtz's wife Hope died in her sleep of cardiac arrest. Medics arrived, became suspicious of Kurtz's art supplies that were out in his home, as he was working on an upcoming exhibit, and called the FBI. Within hours, Kurtz was charged as a suspected bio-terrorist as dozens of agents in hazmat suits sifted through his work, impounded his computers, manuscripts, books, his cat, even his wife's body, and resulted in Kurtz and his collaborator Dr. Robert Ferrell, former Chair of the Genetics Department at the Graduate School of Public Health, University of Pittsburgh, were charged with bio-terrorism and subsequently mail fraud, each potentially carrying a sentence of 20 years. Strange Culture features a remarkable cast including Tilda Swinton, Peter Coyote, Thomas Jay Ryan, Josh Kornbluth and Steve Kurtz. Written, directed and edited by Lynn Hershman Leeson and shot by Hiro Narita, with an original score by the Residents, the film also features Greg Bordowitz, Steve Dietz, Robin Held, Claire Pentecost, and Nato Thomson. The producers are Lynn Hershman Leeson, Lise Swenson and Steven Beer.

"Haeckel's Tale" is an episode of the Masters Of Horror TV series. Episode 12 of Season 1 to be correct. Directed by John McNaughton.