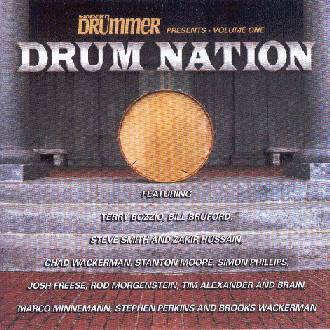 In 2004, Moder Drummer magazine initiated "Drum Nation Volume One", an album that includes performances by top drummers.
It's quite an impressive list of performers, including both Terry Bozzio and Chad Wackerman (both from the Zappa University), as well as a Zappa tribute by Tim Alexander and Brain (Brain Mantia).