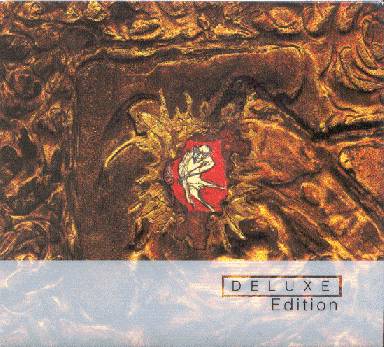 In 1993, dEUS released their first single, 'Zea'. I still remember the first time I heard it, as it starts with a sample from Captain Beefheart's "Trout Mask" album.

My fascination with bands that use a Zappa or Beefheart sample, or that cover a Zappa or a Beefheart composition for that matter, proved right again. This was great stuff. So a little while later, I also bought the "Worst Case Scenario" album.
To my amusement, on "WCS", the title track used Zappa's 'Little Umbrellas' bass lick.

"Worst Case Scenario" is an album that everybody should have heard. It got released 15 years ago, but it still sounds fresh, chaotic and beautiful at the same time.

Celebrating its 15th anniversary, the album has been re-released in a deluxe version. Next to the original (slighty remastered) album, you'll find a bonus audio disc with demos and live material, as well as an interesting video disc.
Even if you have the original album, this re-release will add a worthwhile stack of extras.