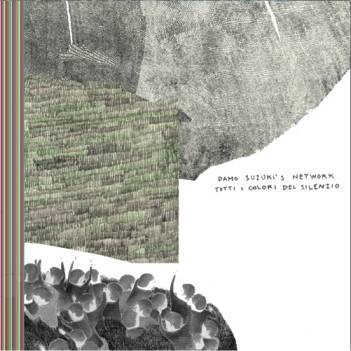 Damo Suzuki performed and recorded with Can from 1970 until 1973. He retired shortly thereafter, returning to music in 1983.

"Tutti I Colori Del Silenzio" (all the colours of silence) was recorded live in concert in 2006. The concert featured Damo Suzuki on vocals, Diego Sapignoli on drums and percussion, Andrea Belfi on electronics and Mattio Coletti and Xabier Iriondo on electric guitar.
Damo Suzuki sings and speaks in a language that he makes up on the spot, and all the music of the entire concert is completely improvised.
No wonder that the album consists of one single 46-minute track.

As you can imagine, this is not an ordinary album. It's completely improvised, but it is more in line with 70s psychedelic music than it is with improvised jazz.
Interesting.