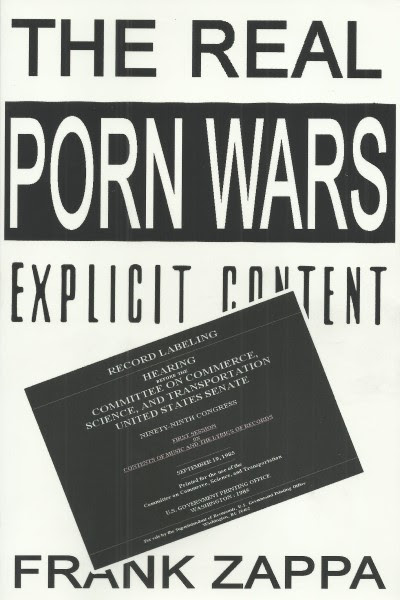 I picked up this book a little while ago. From Gonzo Multimedia.
It got released in 2014.
180-page paperback on the PMRC and FZ's senate hearings.

Flashback to the eighties...

On September 19, 1985, Frank Zappa testified before the United States Senate Commerce, Technology, and Transportation committee, attacking the Parents Music Resource Center or PMRC, a music organization co-founded by Tipper Gore, wife of then-senator Al Gore. The PMRC consisted of many wives of politicians, including the wives of five members of the committee, and was founded to address the issue of song lyrics with sexual or satanic content. Zappa saw their activities as on a path towards censorship, and called their proposal for voluntary labelling of records with explicit content "extortion" of the music industry. This is what happened.