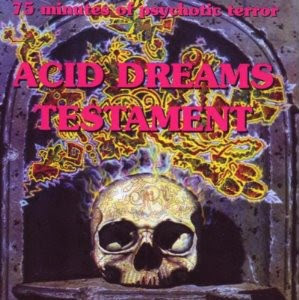 Zappa freaks know the Acid Dreams Testament sampler because it included Teddy & His Patches performing "Suzy Creamcheese".
Teddy & His Patches released the track on 7" in 1967!
It got released on the (unofficial) Acid Dreams Testament CD sampler in 1988.
And this CD-release got a(n unofficial) vinyl re-issue, with slightly altered album cover art in 2012.