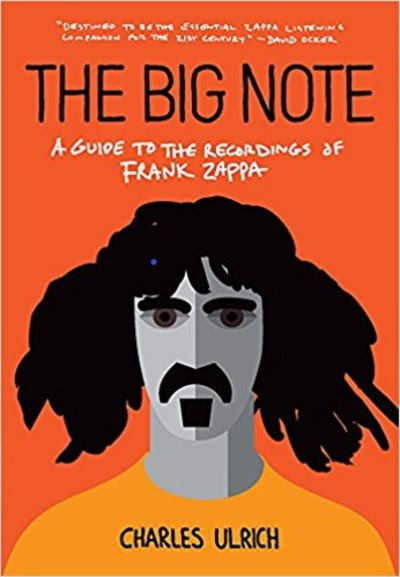 In Frank Zappa's universe, things don't always happen when you expect them to, so it shouldn't come as a surprise when it's the same for the Mother of All Books about him.

The Big Note: A Guide to the Recordings of Frank Zappa by Charles Ulrich was released on Mother's Day this year, right when you might have expected it. But people's schedules kept the book launch from taking place until now, Saturday, August 24, at Lana Lou's in Vancouver. All the details are here:
http://newstarbooks.com/blog/worth-the-weight-the-big-note-launches-august-24-at-lana-lous

Meanwhile, the first printing of The Big Note sold like ratas calientes, and the second printing arrived at our warehouse ten days before the Official Launch. Copies of the second printing will be available at the launch, which has to be some sort of a first.

So come on down, enjoy the suavé musical stylings of Slowpoke and the Smoke, and be present at what might even be a historical moment in book publishing history.