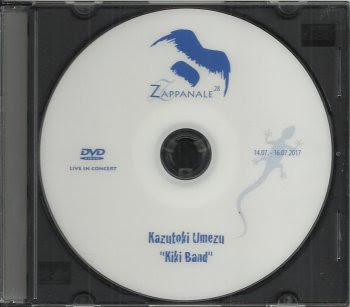 A band performing at the main stage at Zappanale gets the opportunity to be recorded on video. The band gets the recording and can use it whenever they want for their own purpose, but they do have to agree that the video crew makes 20 copies to be sold during the festival (to cover expenses).
I like the idea. And I like the DVDR's even more.

Top band at the most recent Zappanale, Kazutoki Umezu's Kiki Band played an astonishing set.
I had the impression that Kazutoki Umezu was quite happy as well as he tossed his hat into the audience. 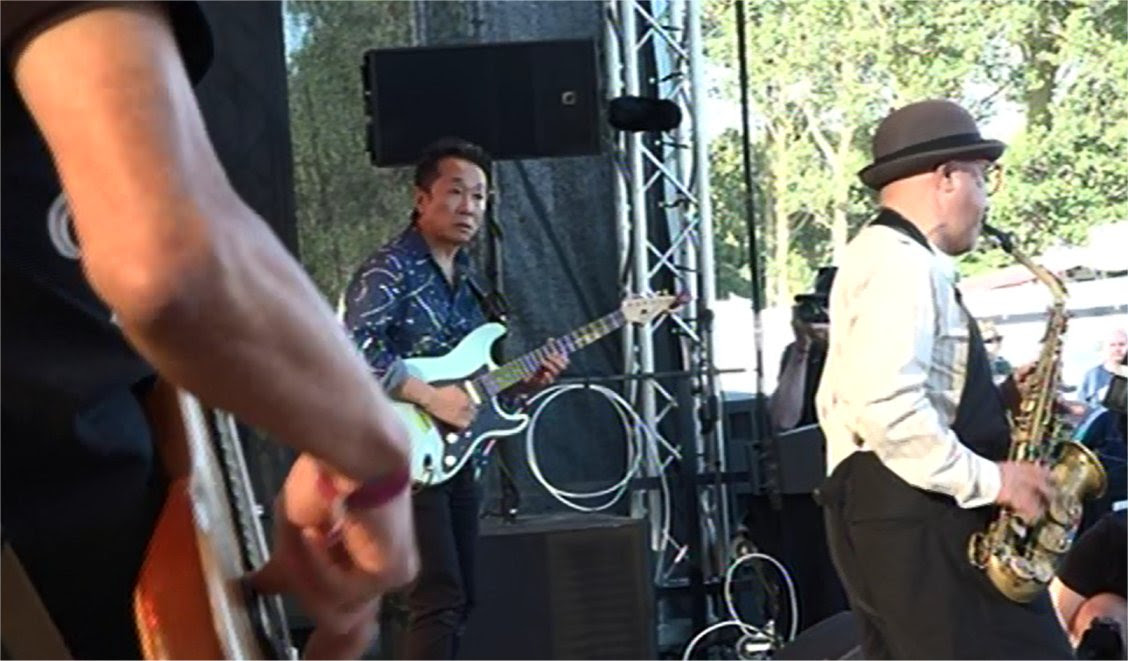