JOE SATRIANI - WHAT HAPPENS NEXT 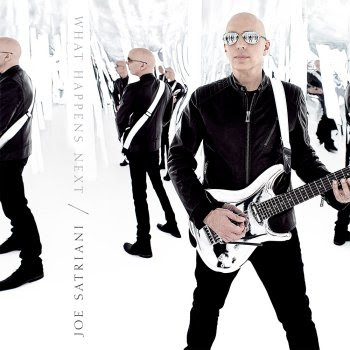 Guitar virtuoso has just released "What Happens Next".
The digital version was made available a little while ago, but in the meantime, the CD's have shipped as well.
Together with Chad Smith (drums) and Glen Hughes (bass), Joe recorded 11 tracks.
More straight-forward as his previous albums. Less 'alien'.
But still a very fine album.

There was a bit of a fuzz when people saw that Joe will be touring with Mike Keneally, Bryan Beller and Joe Travers on his G3 tour, instead of Chad Smith and Glen Hughes with whom he recorded "What Happens Next", but I don't mind.