FRANK ZAPPA - YOU CAN'T DO THAT ON STAGE ANYMORE VOL.1 THRU 6

Next to the 'Road Box' edition (the wooden box that contained Vol. 5 and 6, with room for Vol. 1 to 5) that got released in the early ninetees, Ryko released a similar Japanese set in 1994.
Next to the six double CD sets, the box comes with two books with, a.o. the complete lyrics in English and in Japanese.
Although the title obviously is "You Can't Do That On Stage Anymore...", in Japan, the box is better known as the "Zappa Live Box".

I had this on my want-list for quite some years now. Just never came across it for a decent price.
Until recently, that is. 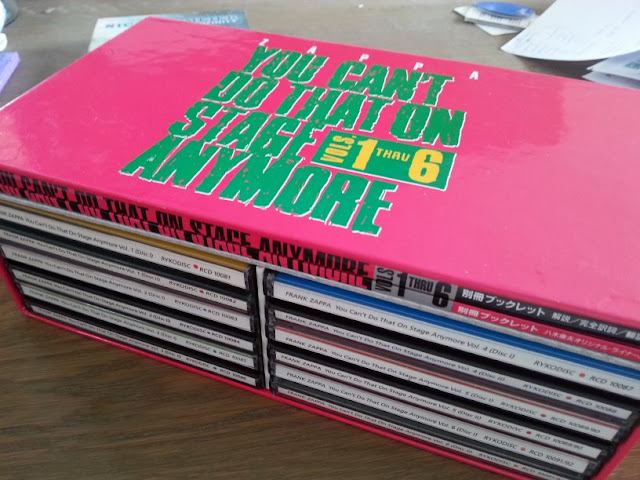