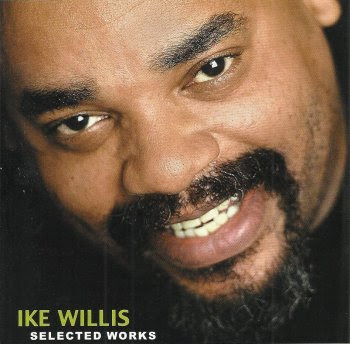 Former Zappa vocalist Ike Willis released two solo albums: "Shoulda Gone Before I Left" in 1988 and "Dirty Pictures" in 1998. With these two albums out of print, the Uwanna Records label released a compilation album "Selected Works" in 2002.

Ike Willis was the vocalist (and one of the guitarists) in Frank Zappa band for quite a number of years and you can hear it in his compositions.

Recently, at the Zappanale Festival, Ike did a concert with Zappatika. The concert started with three Ike Willis compostions: 'The Doctor Is In', '(Venting The) Krypton Gas' and 'Bizniz As Usual'. The first two can be found on "Selected Works", the latter one had me digging up "Shoulda Gone Before I Left".

"Selected Works" is a great album. It might sound a bit dated, but I really like the compositions and Ike's vocals and guitar parts are great. The album also features Ray White, Arthur Barrow and Jeff Hollie.

Data have been added to the United Mutations Archives.