2012/02/10, Chato Segerer performed at the Yellow Snow Festival in Bølgen, Larvik in Norway.
He performed a solo set on the guitar (and keyboards). Jan Barfod sang vocals on two Beefheart tunes, and Ike Willis sat in on vocals and guitar on two Zappa tunes.
Later, during the Muffin Men concert, Chato got invited to take the stage and to join in.

The below picture shows Chato during his gig at the Yellow Snow Festival.
Picture by Max Schindler.
I'm listening to an audience recording this concert right now (Check out Zappateers). Sounds pretty amazing. 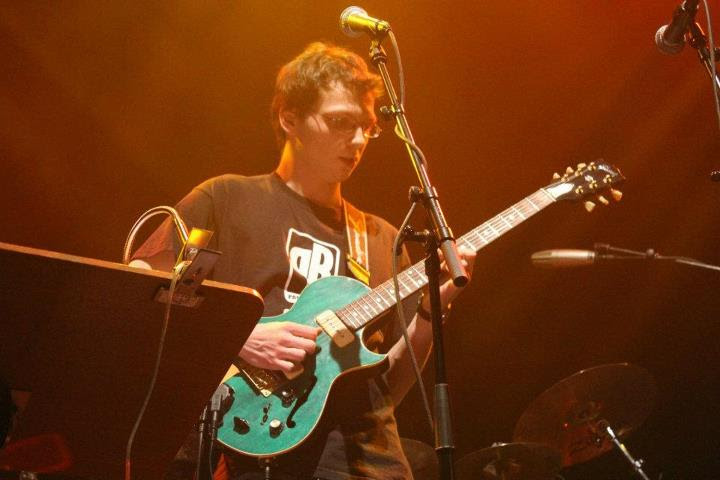 Thursday 30th August, 2012 - The Muffin Men with special guest Chato Segerer at The Attic in Manchester, UK.
(which is under Oxford Road station in the centre of Manchester opposite The Refuge building)