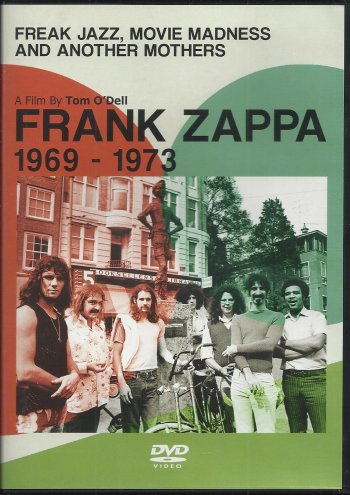 I watched this Tom O'Dell documentary again, the other day.
About the break-up of the original Mothers Of Invention, recording Hot Rats, Jean-Luc Ponty's "King Kong", 200 Motels, Flo and Eddie, Fillmore East, Just Another Band, Montreux, the Rainbow Theatre incident, Waka/Jawaka and The Grand Wazoo.

Nice, although it's pretty strange to hear so little Zappa music in a documentary about Zappa. And when you do get some Zappa music, it's with rather stupid footage...
But the interviews and comments are great.
Featuring Billy James, Ian Underwood, Max Bennett, George Duke, Aynsley Dunbar, Sal Marquez and many more.