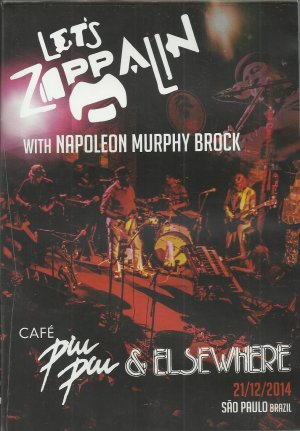 Those who couldn't be there, should be very happy with the fact that the show got recorded and has been made available on DVDR.
And a very nice show it was.

Email ThisBlogThis!Share to TwitterShare to FacebookShare to Pinterest
Labels: napoleon murphy brock, others of invention, zappa