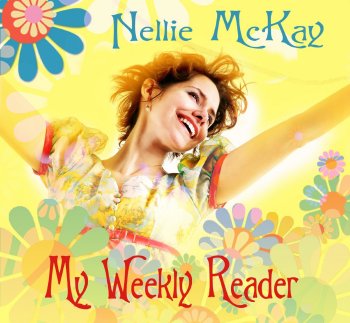 Brought to my attention by someone mentioning it on Facebook. Might have been Idiot Bastard / Andrew...
Nellie McKay is a British-born American singer-songwriter. "My Weekley Reader" is her sixth album and it includes thirteen pop songs. All coverversions: Steve Miller, The Kinks, The Beatles,...
Some familiar tunes, but also some less familiar ones.
Huge surprise is Nellie McKay doing Frank Zappa's 'Hungry Freaks, Daddy', and an even bigger surprise is Dweezil Zappa performing the outro guitar solo on it.
Nice.

Here's 'If I Fell' (Lennon, McCartney) from the same album :